Party Poker has done a huge update on their software, so we have taken the time to run through the changes with you guys!

Run it Twice is now finally an option for players playing the Fast Forward cash games! This is yet to reach the mobile software, so it’s only for desktop players for now, but the team are planning to add this to the mobile app as well as all other cash games on a future update.

As always with this type of feature, it takes two to tango so both players would need to want to run it twice for this to work and then the winner of each board will be gifted 50% of the pot. Party are going to be adding PLO8 and NLO8 PKO tournaments soon too! So if you’re a fan of PKOs and Split Pot games like these then you’re in luck.

The tournament information screen in the top left of each table has been upgraded now too! Players will now see:

Heads up play made fairer

If you are a fan of playing one on one but without having to dodge all the crushers that just sit on tonnes of tables waiting for action then PartyPoker has got your back!

Moving to the “King of the Hill” system players will not be able to just sit and wait around on empty tables now, they will have to play others in order to get on other tables.

But this isn’t the only change in the heads up realms, players will also now have a check button in the top left where they can choose to fire up another table with the same player for added action!

PartyPoker is always looking for player feedback and it seems from a few tweets after the news of this update being released that players are still looking for a clear indicator of the time left in the levels to be displayed, a valid point that hopefully, PartyPoker will take on board ASAP.

If you have any ideas for the site, feel free to reach out to them via twitter. 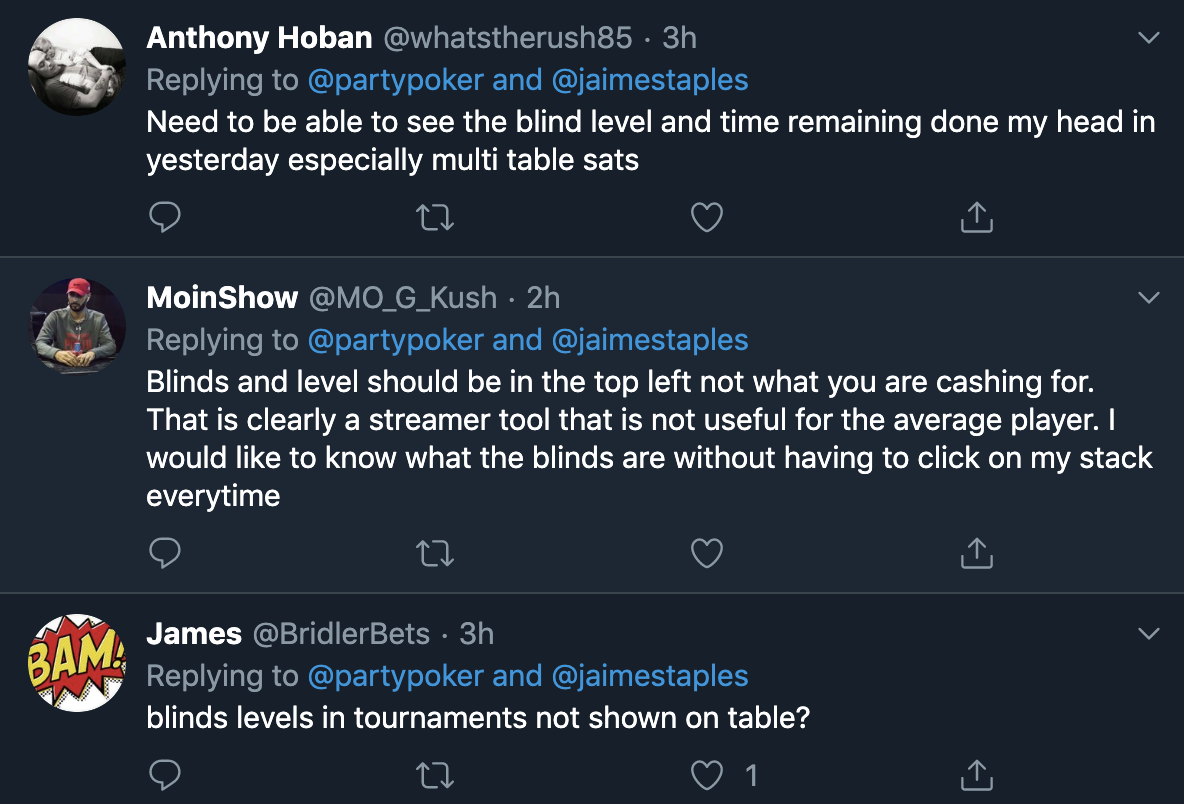 Have you not joined the Party yet?

If you don’t play on Party Poker just yet! Then why the hell not?!

This great site hosts some of the biggest tournaments ever seen, great live qualifiers for events all over the world as well as some of the best cash game action there is around!

So whatever you like to play PartyPoker is going to have your smiling.